All data products in this section are experimental and are available here for the purpose of testing and feedback. Comments and suggestions can be emailed to us. Thank you for contributing to the development and these climate-related decision and planning tools. 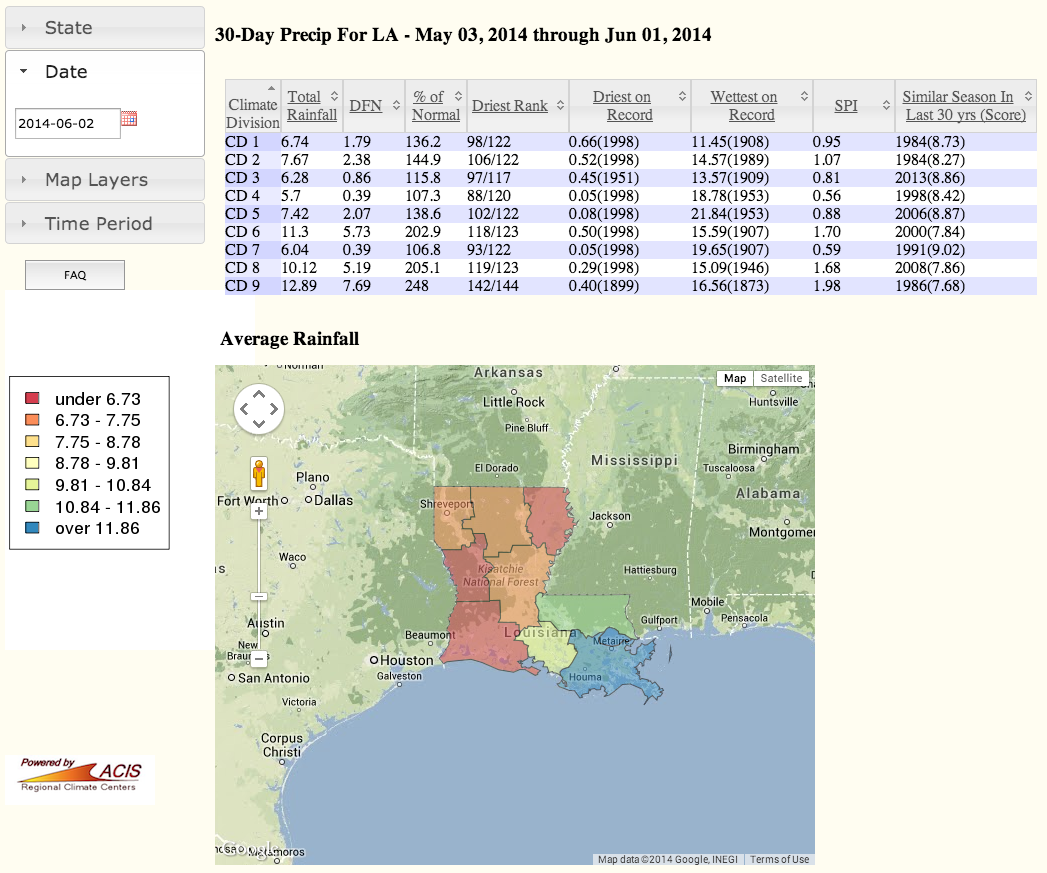 This tool displays information on drought severity and the amount of precipitation needed to get out of drought. Users can view precipitation statistics (e.g., rainfall total, departure from normal, % of normal, and standard precipitation index) by climate division for any state in the SCIPP region. Users can also select an end date and the time period (30, 60, 90, 180, 365 days) for which they would like to view the statistics. Data are provided in table and map formats, and the normals are based on 1971-2000 averages. | Tutorial on YouTube

This tool displays information on how a particular year’s temperature or precipitation records compare to normal (i.e., 30-year average for the period 1971-2000). Users can view the information in a graph format by climate division for any state in the United States. A mouse-over function allows the user to view monthly values. | Tutorial on YouTube 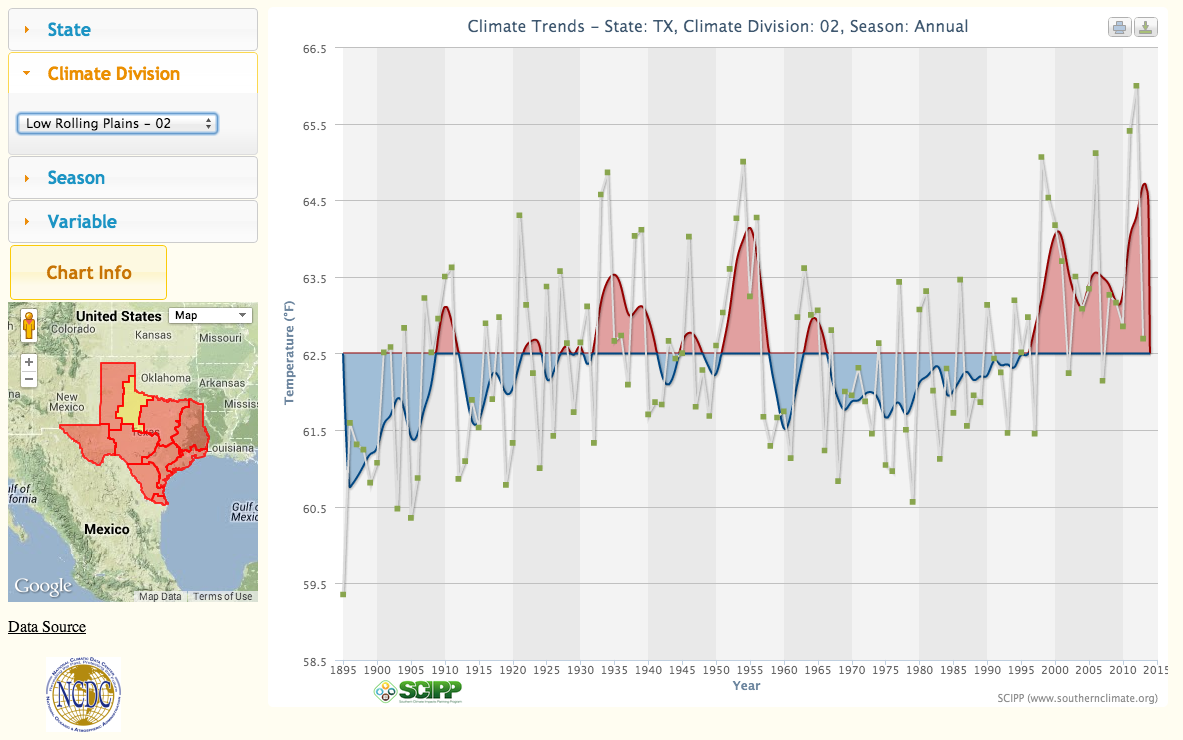 This tool displays precipitation and temperature trends for the period of the instrumental record, 1895-Present. Users can view the long term average (1971-2000), 5-year moving average, and yearly average by climate division and season for any state in the United States. Data are provided via a graph and a mouse-over function allows the user to view yearly values. | Tutorial on YouTube 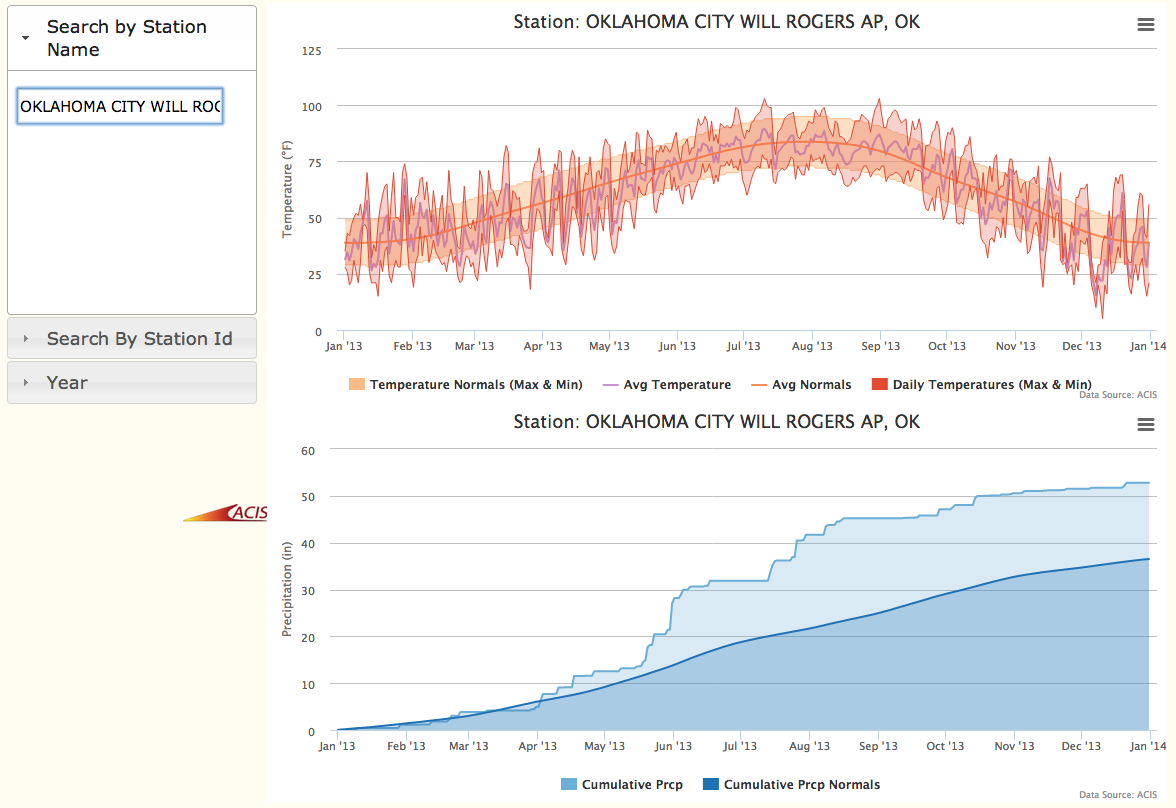 This tool displays daily temperature and rainfall values for a specified observation site and year. Data are available from 1990-Present. The data are displayed in a graph that compares the observations and the 1981-2010 normals (i.e., 30-year average). | Tutorial on YouTube 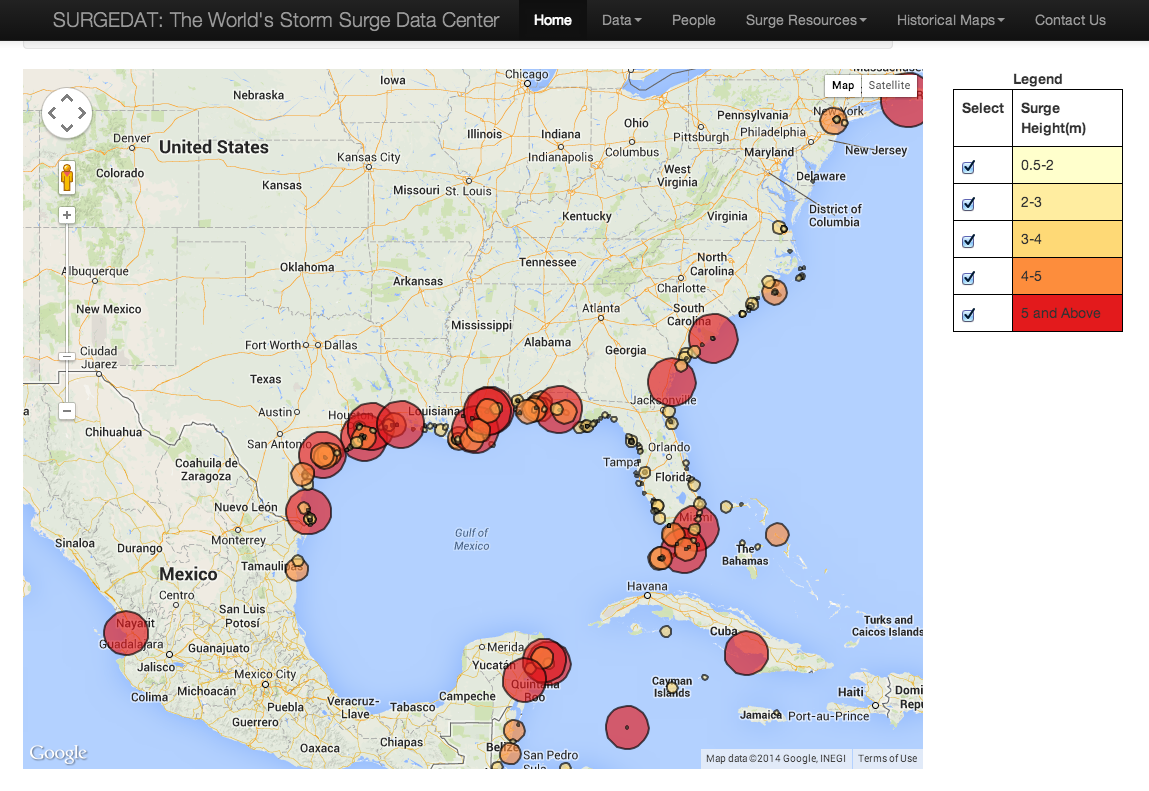 SURGEDAT archives historical storm surge data. In fact, SURGEDAT is the world’s most comprehensive storm surge database, with more than 560 global peak storm surges since 1880. More than 300 of these events occurred in the United States. The SURGEDAT website hosts three different storm surge tools: The Global Peak Surge Map, Historical Surge/ Hurricane Maps, and Interactive Surge Maps. Each tool is slightly different in the functionality and geographic area of coverage. 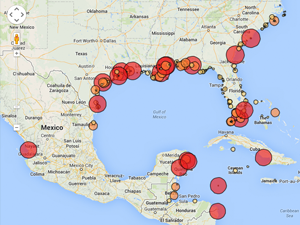 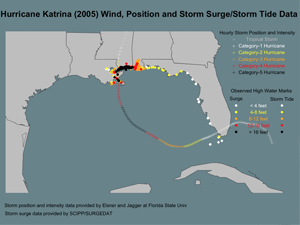 This tool provides maps that plot the location and height of historical storm surge and storm tide observations, as well as the track and intensity of the hurricane that generated the high-water marks. Maps are provided for 20 events, including the top 10 magnitude storm surges that impacted each of the U.S. Gulf and Atlantic Coasts. 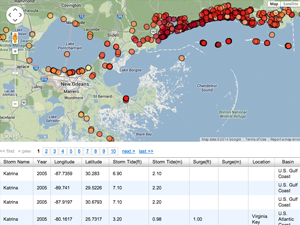